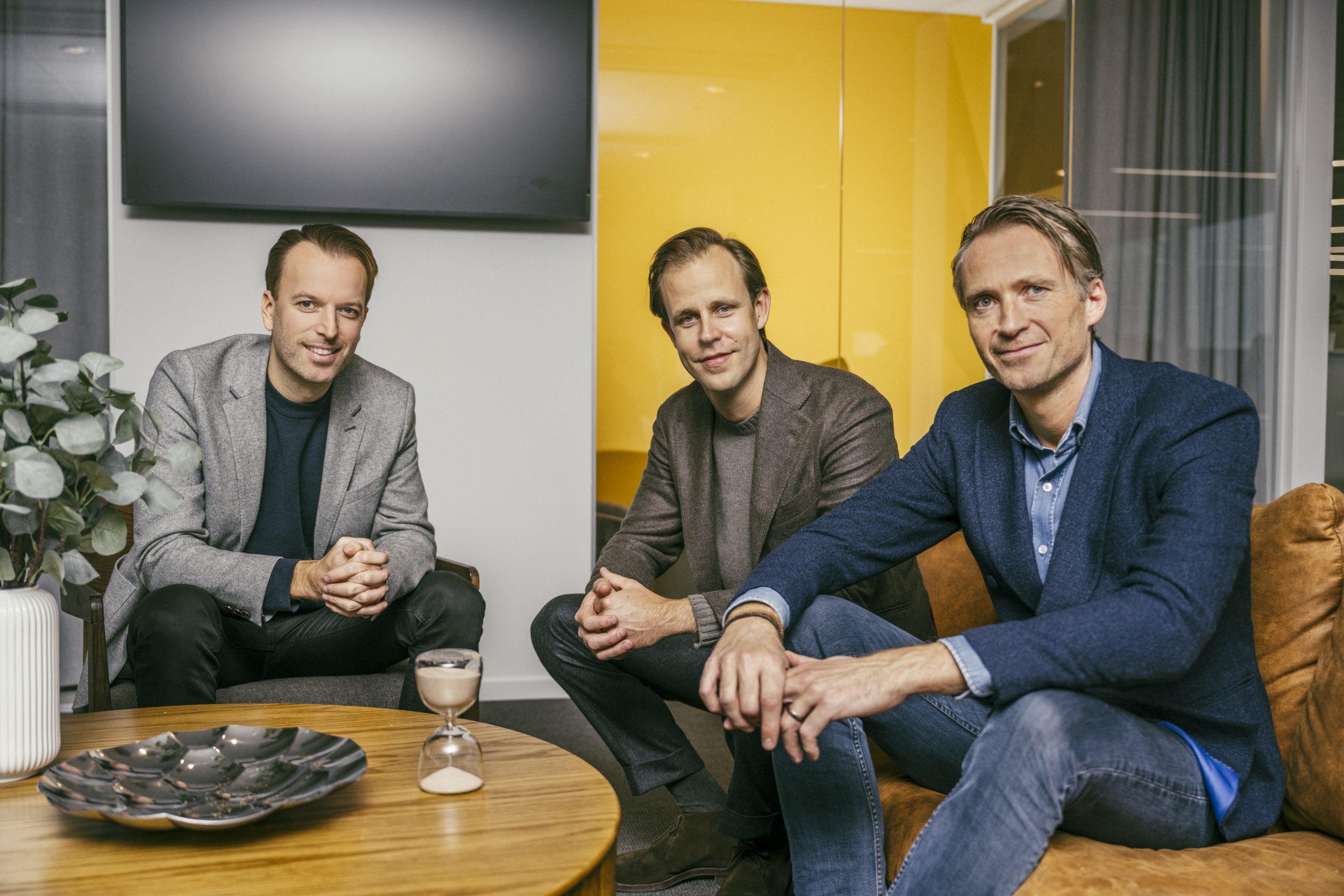 People in the image from left to right: Daniel Larsson, CEO of Odevo. Martin Erleman, Fidelio. Johan Tjärnberg, Chairman of the Board.

Following the establishment of Nabo on the Swedish market, the international player Odevo has been launched as a challenger to the traditional industry for property and housing management. Since the foundation for the group was laid in 2019, revenue has grown tenfold, and the company is currently present in three markets but plans to enter additional markets also outside Europe in the near future. Odevo is now heavily increasing its investments in its proprietary tech platform and is growing in the UK as well as in the Nordics by expanding to Finland. Odevo aims to grow at the same strong pace both organically and by attracting additional companies to join the Group, within and outside Europe.

Residential real estate is the world’s largest asset class. It is usually the largest investment a private individual makes in their lifetime. Still, it is an industry that is far behind in both digital development and in terms of its focus on customers.

Odevo was launched as an international player to challenge the traditional property and housing management industry. The foundation for the group was laid in 2019 with the formation of Nabo and the acquisition of SBC, and since then the Group has grown into a leading international player.

“We started Odevo to drive the industry forward and simplify living for people across the world. So far, we have made significant progress in Sweden and the UK when we now expand to Finland. At the same time, we are increasing our pace to reach additional markets. The United States is the world’s largest market for property management and so will obviously be one of our main focuses for future expansion, in addition to the markets we’re already present in. Our aim is to increase revenue tenfold again and use our scale to deliver better value and service for our customers”, says Odevo CEO Daniel Larsson.

The companies that are currently part of Odevo offer management services for property owners and residents supported by Odevo’s proprietary platform. The Swedish players Nabo and SBC and the British Rendall & Rittner are the founding companies of Odevo. In March 2022 UK based Premier Estates and Finnish MTR and STIO also joined Odevo, making Finland to Odevo’s third market.

The Odevo Group consists of approximately 1,300 employees and has a turnover of just over SEK 1.5 billion. The average growth rate between 2019 and 2021 was 135% per year, of which the organic growth rate in 2021 was about 15%. Odevo plans to continue its strong growth, both organically and by attracting additional companies from Europe and other continents to join the Group.

Daniel Larsson, the CEO of Odevo, was most recently the CEO of Nabo. The chairman of Odevo’s board is Johan Tjärnberg, who also serves as Chairman of the Board and CEO of Trustly and is the former founder and CEO of Bambora.

Odevo’s platform has been developed over the course of more than 15 years. It covers all aspects of management with a real estate system and financial system, along with case, document and contract management systems. Odevo currently has about 40 developers in Sweden and the UK and plans to hire at least 60 more within two years. These digital solutions make everyday life easier for employees who can instead spend more time helping customers. Property owners and residents, in turn, have a customer portal with powerful self-service tools and access to important information.

“A new generation of homeowners all over the world is demanding new and simple digital solutions. To meet these customer needs, large investments in innovation and technological development are required, investments that are hard for an individual management company to justify. As a group, we are able to make these investments and that will put us at the forefront of the industry”, says Johan Tjärnberg.

British Rendall & Rittner was the first company outside Sweden to join Odevo. Rendall & Rittner is a residential managing agent in the premium segment with a portfolio of over 80,000 homes including some of London’s more prestigious and complex buildings. Newly joined Premier Estates manages a diverse portfolio of over 30,000 homes throughout England and Wales with an emphasis on first-class and friendly service. A new customer portal and management platform is currently being developed for the UK market together with Odevo’s product development team. MTR and STIO is a property management group managing more than 15,000 homes and has a strong footprint in the Helsinki region.

“The challenges for management companies are very similar all over the world. I am primarily talking about a need for digitalisation, service innovation and the imperative of meeting customers’ ever-increasing requirements. All this is against a backdrop of more complex buildings needing more sophisticated maintenance arrangements, as well as increasing regulatory requirements. We are delighted to become part of Odevo because by teaming up with other great people, we have a much better chance of changing the industry for the better”, says Duncan Rendall, CEO of Rendall & Rittner.

The companies in Odevo offer traditional management services, but also develop new services and products for both residents and property owners. One example is financial services where SBC became the first to offer its customers market-leading savings interest rates on excess liquidity.

“We are also exploring new areas, such as financial services. The cash flows linked to the properties are enormous and, as managers of these, we can create great value for customers through services like deposits and lending, for example. Insurance is another interesting area to take a closer look at”, says Daniel Larsson.

Further acquisitions are to be expected. Odevo is already in the advanced stages of dialogue with a number of companies in different markets and expects to be present in two more markets in the near future.

“We continue to look for new companies and people who are as passionate as we are to change this industry and who want to be part of the journey ahead. The US is the world’s largest market and, of course, one of our main focuses in addition to our existing markets”, says Martin Erleman, partner at Fidelio, which is the primary owner of Odevo.

We are on a mission.

In just three years a number of companies with a long history of high-quality service in the industry joined forces to form Odevo.